What is bioethanol fuel, and what are its benefits?

You may have seen news reports in recent years about cars that run on alcohol rather than gasoline. The idea of using ethanol to fuel vehicles has been around for some time, but it's only fairly recently that the concept has been seriously explored. By replacing petroleum-based fuel with alcohol, we could eliminate the harmful exhaust fumes that any car produces when it uses gasoline as fuel.

Bioethanol is an exciting alternative fuel that is gaining interest from researchers, consumers, and automakers. But what is bioethanol, and why is it considered so promising?

What is bioethanol fuel?

Ethanol has long been one of the most versatile and essential substances available to us. Most people know ethanol as the alcohol found in alcoholic beverages. But to chemists, ethanol is much more than a psychoactive drug; it's a solvent with an endless array of industrial and chemical applications. In recent years, ethanol has also emerged as a potential renewable fuel for automobiles and a viable alternative to oil-based gasoline.

Bioethanol simply refers to ethanol produced from biomass. If you are wondering what bioethanol fuel is made of, here is your answer. Biomass is a broad term that includes any material derived from a living or recently deceased organism. Wood is the most common example of biomass. By burning wood, we can directly release the energy it contains and use it as fuel. Other common categories of biomass include agricultural residues and animal manure, food and industrial waste, and energy crops.

How is bioethanol fuel made?

Biomass, usually in the form of energy crops, can produce bioethanol through a process called fermentation, the same process in which sulfuric acid is used to make alcoholic beverages. Corn, sugar cane, algae, and a host of other widely available plants can be used to produce bioethanol through fermentation. During the fermentation process, certain yeast species consume the sugars in the biomass. When digesting them, they produce ethanol and carbon dioxide (CO2) as by-products.

Biomass usually contains a series of complex carbohydrate polymers called cellulose, which is found in the cell walls of plants. To produce enough sugar for fermentation, the biomass must be treated with special acids or enzymes. These break down some of the more resilient plant cells, exposing their internal structure through another process called hydrolysis. The hydrolysis of cellulose produces sucrose sugar, which can then be fermented to produce ethanol. There are three main ways to extract sugar from a biomass sample: enzymatic hydrolysis, dilute acid hydrolysis and concentrated acid hydrolysis.

Enzymatic hydrolysis: Special enzymes are added to the biomass sample. These enzymes break down the plant cells and hydrolyze the cellulose to produce sucrose. This method is a recent innovation and is currently very expensive to implement. However, it is expected to become more economical over time as the process is refined. 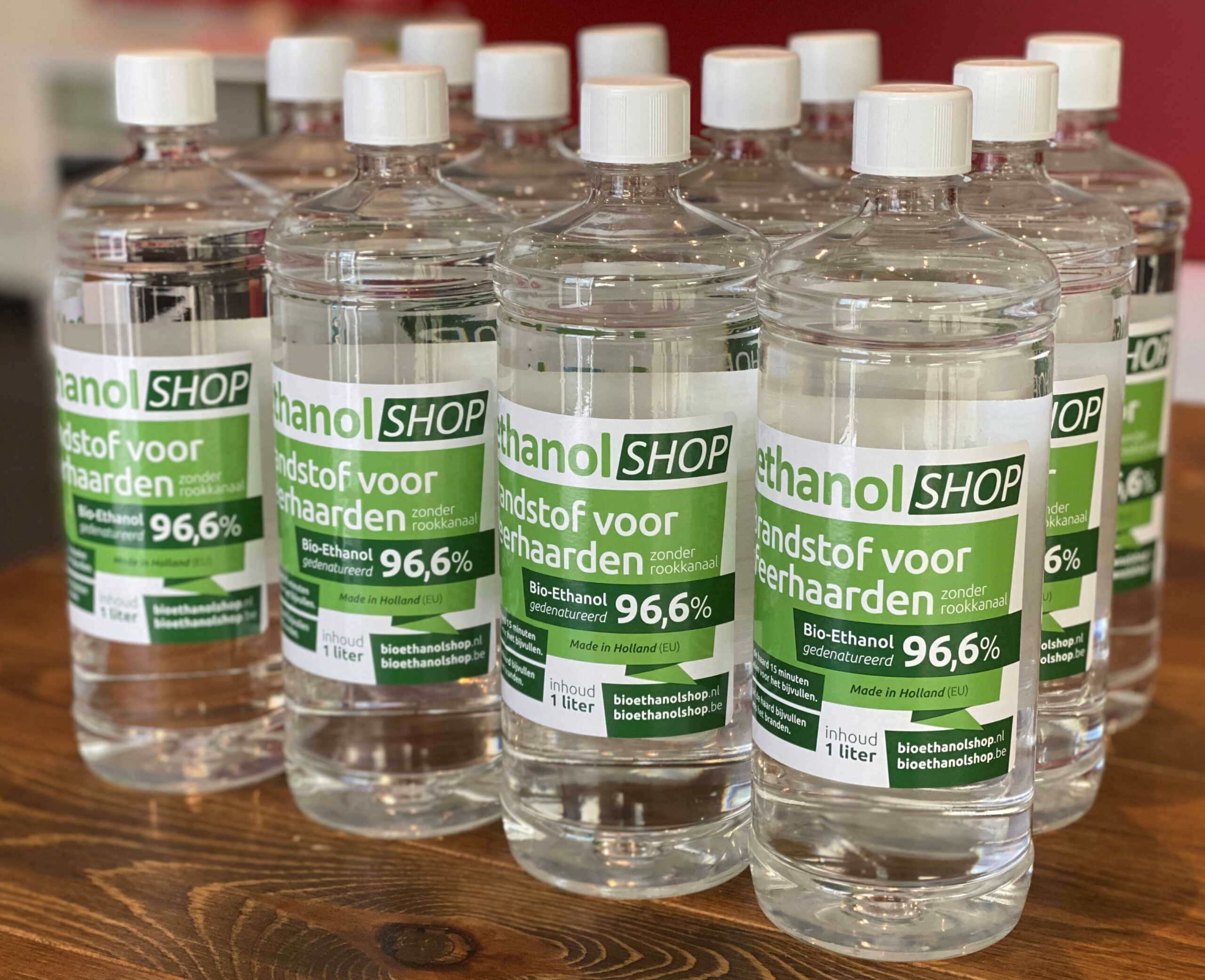 Dilute acid hydrolysis: This method is the oldest and simplest. It is also currently the most efficient way to use biomass for ethanol production, although that could change in the future. The process consists of two stages, each time adding sulfuric acid, diluted to less than 1% and heated to 190 - 215 degrees Celsius, to the biomass. The weak acid and the high heat hydrolyze the cellulose. The resulting liquid can then be recovered and processed.

Concentrated acid hydrolysis: Concentrated acid hydrolysis uses a much stronger (70-77%) concentration of sulfuric acid, which is added to dried biomass and raised to a temperature of 50 celsius. The mixture is then diluted with water until the concentration is between 20-30grees Celsius, before being heated to 100 degrees Celsius for one hour. The result of this process is a gel which can be pressed to release a mixture of sugar and acid. The mixture is separated using a chromatographic column.

What are the benefits of bioethanol fuel?

Bioethanol offers numerous advantages over older fuel types. However, one of the main reasons is that any plant containing sugar and starch can be used to produce it. As research progresses and we refine the processes we use to extract and ferment sugars, we can expect yields to increase. A handful of crops are currently considered far superior for bioethanol production, but this could change over time.

Bioethanol production is not only greener than other types of fuel production, but when the fuel is used, it produces much cleaner fumes. Ethanol burns completely; there are no harmful by-products like other types of fuel. When bioethanol is used as a fuel for internal combustion engines in cars, the exhaust fumes are often cleaner than the surrounding air, especially in urban environments. 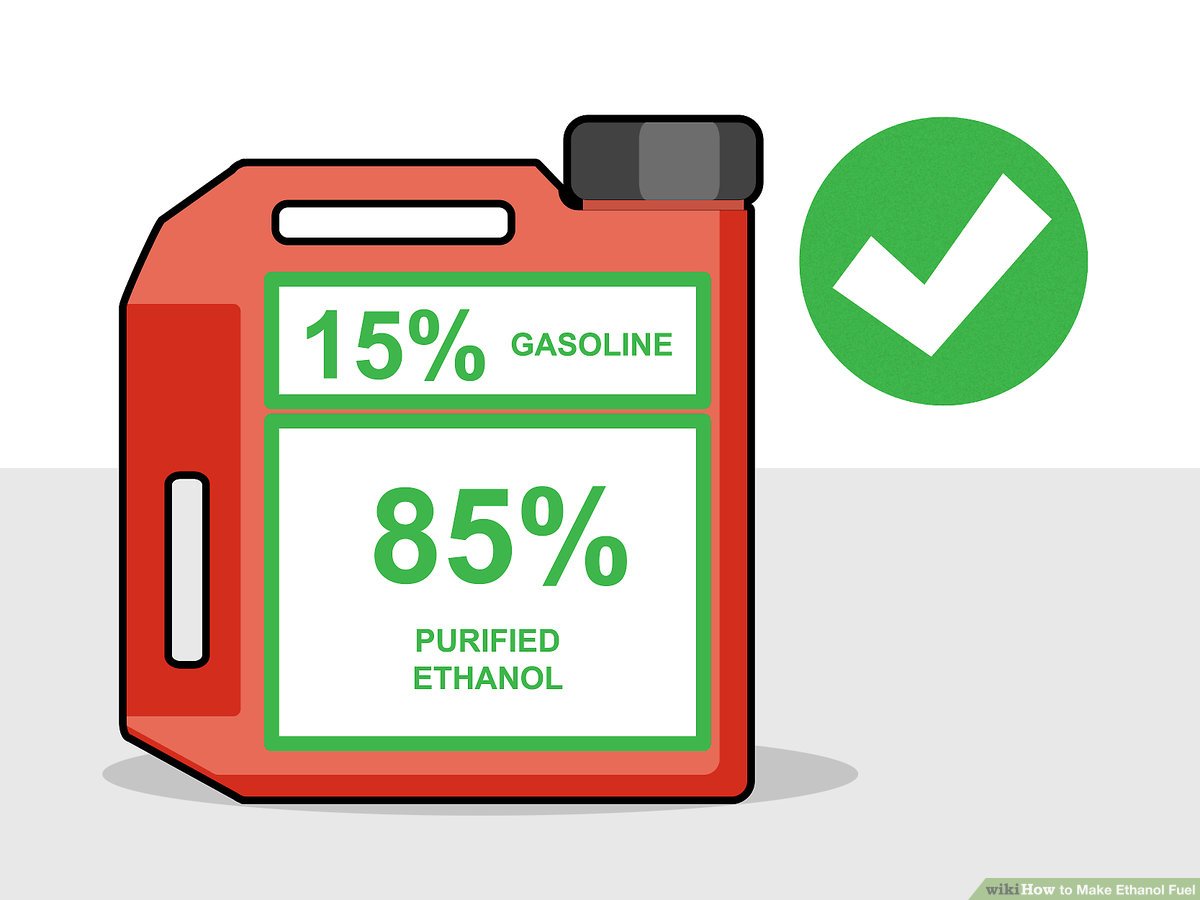 Because ethanol biodegradable, fuel spills are not potential environmental disasters, as is the case with oil. If ethanol gets into the water, it will dilute to a low, non-toxic concentration.

What is bioethanol fuel used for?

Adding ethanol to gasoline increases the octane number, making it more resistant to detonation. The result is that more of the fuel burns rather than explodes. Increasing the octane rating of fuel is usually a very expensive process; adding ethanol to low-grade fuel improves its performance without significantly increasing the cost. Many automakers have also begun to support E85 in their vehicles, which is a fuel made from 85% ethanol and 15% petroleum products.

What does Bioethanol mean for the future of fuel production?

Bioethanol is not the only biofuel out there. However, it is currently the most prominent, and its early successes have been a major driver of research into other related technologies. Two other prominent examples of similar concepts are biodiesel and hydrogen fuel. By examining how biodiesel, bioethanol and hydrogen fuel are made, we can begin to understand what the future of clean energy technologies will look like.

Biodiesel is another promising alternative fuel that can be produced from oils and fats. Waste cooking oil, vegetable oil and animal fats can all be converted to biodiesel. Like bioethanol, biodiesel is attracting interest as a possible alternative or complement to petrol. A major advantage of biodiesel is that it can be made from the recycling of a wide range of readily available products. It can also be used in existing diesel engines without the need for modifications. 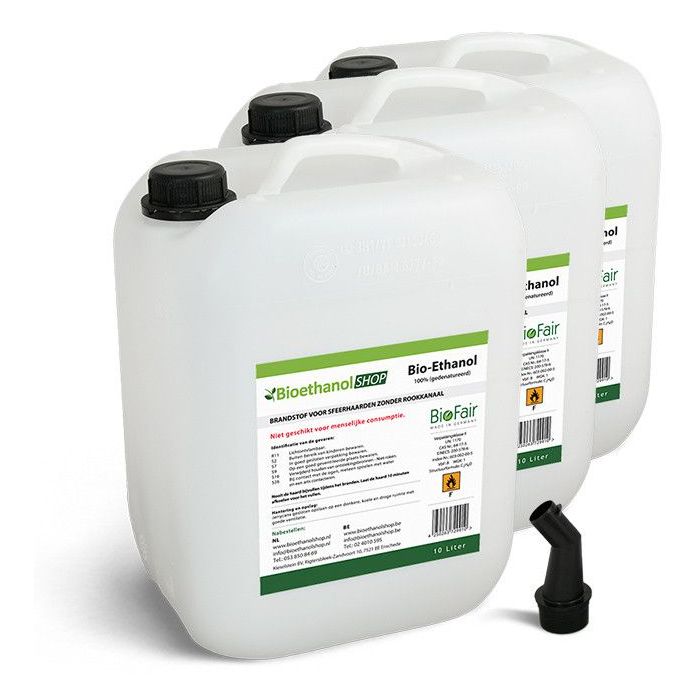 Hydrogen fuel is another alternative fuel source that is much more environmentally friendly than gasoline. Although hydrogen is the most abundant element in the universe, it is also the lightest. As a result, free hydrogen is rare on Earth because it floats away in space. Most industrially produced hydrogen is made with steam reforming, which requires fossil fuels. However, research is underway to produce hydrogen from biomass and electrolysis of water. If these efforts lead to clean, efficient hydrogen production, it could be critical as a fuel source.

As the effects of man-made climate change begin to show up and affect every corner of the planet, research into alternative energy has never been more important. No single technology can enable us to mitigate the effects of climate change, but by switching to carbon neutral technology where possible we can begin to reduce our impact on the environment.

Biofuels like bioethanol give us a glimpse of what a clean energy future could look like. Biomass is abundant on our planet and we can harness it to meet our energy needs without the drawbacks associated with burning fossil fuels. In the coming decades, bioethanol and other biofuels will certainly play an important role in helping us reduce our carbon footprint as a civilization.

In order to better serve you, Bioethanolshop uses cookies.
Settings